Skip to content
Well the weather forecasters keep saying the weather is on the change.  I have to agree, the rain is now really, really cold!  I suppose we have had a few brighter breaks and not continuous downpour.  Hunting Saturday just gone we started in the dry;  very overcast, but early afternoon God turned on the tap and it was positively monsoon like.  We were wet through within seconds of the rain starting.  Water just poured off the field across the roads as I drove home in the lorry.  GOS cheerfully read a piece out of the paper saying the great winter of 1947 started like this. My dear old Mum always used to come out with “in 1947  it didn’t start snowing until March”.   But actually when I looked it up although it is sited as the worst winter on record, with plummeting temperatures and the heaviest snow ever recorded in the UK;  it did snow from late January through into March.

1963, another record breaking winter, had quite an impact on me as a child. It started snowing heavily on Christmas Eve.  I missed 6 weeks of school as a consequence and spent a great deal of my time sledging  on round metal tea trays with my younger sister.  We lived on a farm in the Cotswold hills; on a farm at quite some height.  Immediately behind the farmyard was a large steeply banked field. Taboganning heaven for a 10 year old.  The Council would clear our roads to allow people to get to a nearby, larger village for shopping, but within a few hours the wind had blown all the snow back in to block them again.  I clearly remember the snow being the depth of the hedges and walking with my Dad to my Grandparent home a few miles away.  The house being  on top of a hill and completely cut off. My maternal Grandmother, who had planned to come for a few days over the Christmas holiday, ended up staying the full 6 weeks.  Which greatly pleased my Dad!!!     We don’t want any of that sort of snow thank you.

There is a rush of birds to the bird table  at the moment and  I have to fill the peanut holder up daily.  We have quite a few species visiting; robins, blackbirds, nuthatches, the occasional woodpecker  and various types of tits.  A flock of about a dozen long tailed tits  (I have mentioned before) are regular visitors.  They are really  noisy and comical – hanging at all angles on the feeders. Great entertainment when standing at the kitchen sink as the bird table  is in front of the kitchen window.

The long-tailed tit is easily recognisable with its distinctive colouring, a tail that is bigger than its body, and undulating flight. Gregarious and noisy  long-tailed tits are most usually noticed in small, excitable flocks of about 20 birds. Like most tits, they rove the woods and hedgerows, but are also seen on heaths and commons with suitable bushes.  The Long-tailed Tit’s nest is an elastic ball of moss, spiders’ webs, lichen, feathers, and hair that is built by both birds in a bush, hedge or tree; brambles and gorse are favourite places. The nest may take up to 3 weeks to build and be lined with more than 2000 feathers.

The female lays and incubates smooth and glossy eggs that are white with purplish-red spots, and are about 14 mm by 10 mm. Both adults feed the newly-hatched young, and are often assisted by other birds, especially males, that have failed to breed that season.

I have found the remains of one of these in the garden on more than one occasion.  They are exquisite.

My week has had it’s highs and lows.

Went down to the garden one morning to find the little poly tunnel shredded – finally succumbed to the winds. The flower garden is full of new growth. Snowdrops nearly out and the daffs and hellibore not far behind.  The  magnolia stellatta a mass of buds.  This is a wonderful shrub: come late April it will be a profusion of pink shining stars that last a number of weeks.   I have picked the first sprouting broccoli weeks earlier than we normally harvest it here. Delicious.  However, the grass, which keeps growing on the lawn,  is now standing in water and my feet ” squish “, “squish”  as I cross the big lawn to the compost heap.  The poor old sheep are standing in muddy porridge where they eat their hay. . .

I  had two lunches out with friends this week: ex work colleagues. Great to catch up with them.   Met one “gang”, as arranged,  in “Coffee#1” ;  a bit trendy for round here; very avantguarde. Single bean coffees and paninnis.  Not quite comfortable about supporting a business that’s not local, but then I guess they do create much needed employment.  The soup was surprisingly good.

But then, annoyingly, having only retrieved my car from the garage Tuesday (as it had been scraped by a passing horse trailer just before Christmas) on Thursday parked here, outside the house, and  I came out to find a dent and scratch on the bonnet.  Car booked back in for another paint job next week!  The garage confirmed that it must have been a high sided vehicle  that caused the damage.  My deduction it can only have been the bin men – but hey no proof ….    left me carless again for a couple of days next week… .   so gadding about will be somewhat curtailed.   There’s plenty needs doing in the house  . . . . . 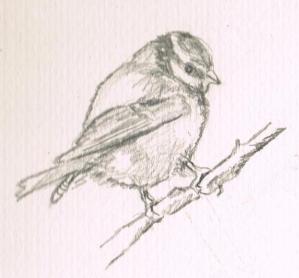