It is thick with fog here this morning as I write this.  A real “pea souper” – can can just about see across the farm yard, which is only about 20 yards wide.  The clocks have changed at the weekend; so winter is on it’s way.  It’s all very well giving us “an extra hour in bed”, as the newscaster keep saying, but the animals don’t know that!.  Horse banging the stable door. She is still to be kept in, but the bandages are off and I am walking her out a couple of times a day.  The wound now looks to be healing up well.

The trees are now in their full autumn glory. When I rode this morning the hedges, where not trimmed back,  were awash with colour and bedecked with berries and  cobwebs; glittering with drops of moisture left by the clinging mist. 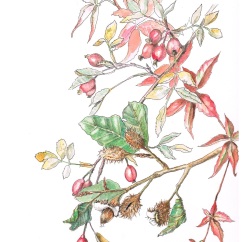 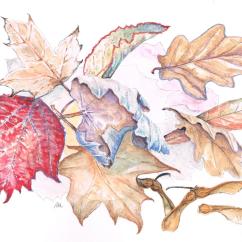 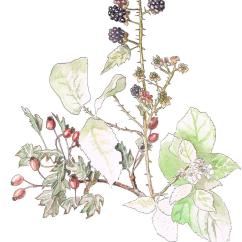 Not only are the clocks changed indicating the changing time of year, but it is also “Halloween”.  What a fuss and palaver is made of it these days; sheer commercialism (bah hum bug!)  There were no parties or “trick and treating” when we were children.  It just meant an extra chapel service at school for “All Souls” day; when we remember the departed. Pretty somber stuff. What we looked forward to was “Bonfire Night”.a week later.  The days when children could buy fire works; the older children threw “jumping jacks” willy nilly, and the day after the celebrations we scoured the village to find spent fireworks to disect and try and recover some gunpowder!   I cannot recall anyone getting seriously hurt, but there must have been accidents.   My father, who loved a good bonfire, would always  save some hedge trimmings for a “blizzy”.  I can’t remember a wet night but there must have been. We usually tried to make a “guy~” of sorts to stand on the bonfire.  A paper bag stuffed with straw for his head  and a feed bag stuffed for the body and some old discarded clothes if we were lucky.  All mounted on some hazel staves bound in a cross shape for his arms and the body support.  Occasionally we went to a more  organised firework night  affair in the large neighbouring village  on the playing fields.

The ram is due  this next weekend to have his little “holiday” with our ewes and hopefully in five months time our little flock will be increased again..  Usually there is no flirting or “wooing” of his ladies – it is out of the trailer, into the field and let’s get on with this job!  He generally stops with us until around Christmas;  enjoying the company of his girlfirends and then goes back in the “boys only” field at home with the other lads who are all  having a rest after several weeks of amorous endeavour!

With the dry weather I keep trying to do a bit in the garden. GOS cut the big lawn yesterday – hopefully for the last time this year.  I have a surplus from the polytunnel of green chillies  (not the hottest variety)  and have several large marrows.  I still have marrow chutney from last year on the pantry shelf;  so what to do with them. . . .   We have eaten, of late,  marrow baked , marrow stuffed, marrow  steamed,  marrow battered . . . . . .  any bright ideas for anything else to do with them . . . .  anybody want one – I can’t seem  give them away . . . ! 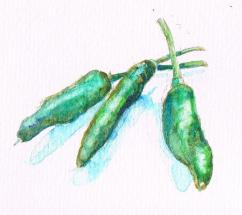